I dwell in a lonely house I know
That vanished many a summer ago,
And left no trace but the cellar walls,
And a cellar in which the daylight falls,
And the purple-stemmed wild raspberries grow.
O'er ruined fences the grape-vines shield
The woods come back to the mowing field;
The orchard tree has grown one copse
Of new wood and old where the woodpecker chops;
The footpath down to the well is healed.
I dwell with a strangely aching heart
In that vanished abode there far apart
On that disused and forgotten road
That has no dust-bath now for the toad.
Night comes; the black bats tumble and dart;
The whippoorwill is coming to shout
And hush and cluck and flutter about:
I hear him begin far enough away
Full many a time to say his say
Before he arrives to say it out.
It is under the small, dim, summer star.
I know not who these mute folk are
Who share the unlit place with me
Those stones out under the low-limbed tree
Doubtless bear names that the mosses mar.
They are tireless folk, but slow and sad,
Though two, close-keeping, are lass and lad,
With none among them that ever sings,
And yet, in view of how many things,
As sweet companions as might be had.

Pixie, kobold, elf, and sprite
All are on their rounds to-night,-
In the wan moon's silver ray
Thrives their helter-skelter play.
Fond of cellar, barn,or stack,
True unto the almanac,
They present to credulous eyes
Strange hobgoblin mysteries.
Cabbage-stomps-straws wet with dew-
Apple-skins, and chestnuts too,
And a mirror for some lass,
Show what wonders come to pass.
Doors they move, and gates they hide,
Mischiefs that on moon-beams ride
Are their deeds, and, by their spells,
Love records its oracles.
Don't we all, of long ago,
By the ruddy fireplace glow,
In the kitchen and the hall,
Those queer, cooflike pranks recall?
Eery shadows were they then-
But to-night they come again;
Were we once more but sixteen,
Precious would be Halloween.
Joel Benton
Art https://thunderbird111.deviantart.com/ 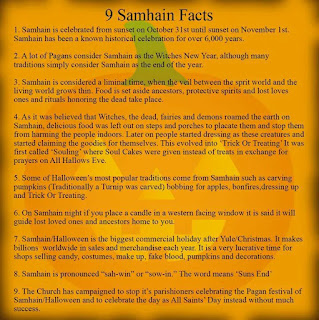 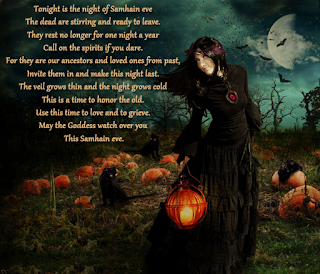 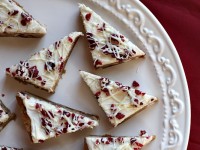 The cold north wind begins to blow
Lady Winter pulls up her blanket of snow
She tucks the land in nice and tight
The land then sleeps through winter’s plight
For several months the land will sleep
But hush my darling don’t you weep
Soon…the land again will wake
Lovely flowers Mother Spring doth make
She sends her warm, nurshing showers
That are full of her growing powers
The snow crocus is the first to wake
From it’s head, winter’s plight it doth shake
At this time the faeries begin their work
and their chores they never sherk
They wake the land and paint it bright
So open your eyes and enjoy the sight!
The days begin to grow longer As summers sun grows stronger
Children play in the sprinklers stream
As summer birds sit and preen.
The fall colours will soon be here Autumn comes with it’s colourful arrays
And the night begins to overtake the days
For this is Mother Nature's rule
The leaves turn red, yellow, brown and gold
As summers days begin to grow old
Jack Frost prepares his paints and brush
The animals begin their harvest rush
Lady Winter again will soon be here
But don’t you cry my little dear.
For the circle of seasons you see
Are meant for the enjoyment of you and me
For Mother Nature is fair and wise
And she always creates a new surprise!!!
source:K.Shaw©
Art By Nadezhda Strelkina, who paints Fedoskino Russian Lacquer boxes - Four Seasons 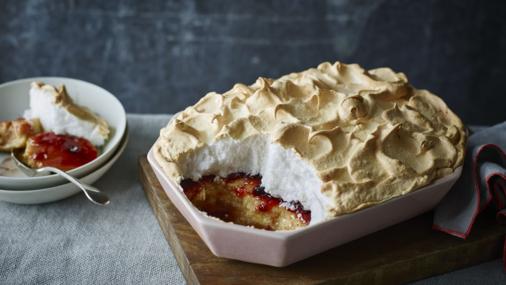 Preparation time
less than 30 mins
Cooking time
30 mins to 1 hour
Serves
Serves 6–8
Dietary
Vegetarian
I wasn’t brought up on nursery food, so this sort of old-fashioned English pudding holds a certain exotic charm for me. Traditionally, a Queen of Puddings is made with breadcrumbs, but this is the Marie Antoinette version, using brioche instead. Equipment: You will need a 1.5 litres/2¾ pints oval pie dish, approx. 28x20x5cm/11x8x2in

By Nigella Lawson
From Nigella: At My Table
Send to mobile
Shopping list
Print recipe

Of course, in the normal run of things, I don’t have stale brioche lying about, but you can quite easily stale it by leaving the slices on a wire rack for a good few hours or overnight. If time is pressing, put the slices on a wire rack sitting in a roasting tin, and heat in an oven preheated to 100C/80C Fan for 10–15 minutes. I tend to stale and crumb a whole brioche loaf at a time. American cup measures help here, as 2½ cups provide enough for each pudding (or fill a measuring jug up to the 600ml/21fl oz mark). I then freeze the crumbs, so measured, in tightly sealed bags in eager readiness to make this.
Posted by LisaH at 14:07 No comments:

So you want an English bull terrier?

There are some things you need to know!
Training.
Some say training a bullie is hard work because you have to do it all again the following day as they forget. Myself I believe they are very clever and act thick so we don’t bother training them. I wonder who is training who?
Stubbornness.
They are not very tall but are pretty wide, they have a dense muscle mass and know how to use it. No amount of pulling, pushing or coaxing is going to make a bullie do something it does not want to do. The amount of times I have seen this breed being carried home from somewhere is silly and they ain’t lightweights either.
Active/non active states.
They have two, one being fast asleep and dead to the world. You have to spend your time trying to manoeuvre around where they have dropped. Earthquakes can’t move them. The other is like being possessed by a poltergeist and being hurled all around your house at breakneck speed. Your furniture is simply something to bounce off to change direction. The only way to change either of these states is by opening a packet of crisps within earshot!
Food.
They will eat anything and everything 24/7 if given the chance. They have the stomach and construction of a cast iron ox and will eat things that will make you barf. They relish the most disgusting things you can imagine and wolf it down while you throw up in the corner. Yes, if you don’t clean that up fast they will have it

🤢
What’s yours.
Is theirs, everything, until they have tried to see if it’s edible it’s fair game, they will either eat it or try to eat it. If you don’t want that you need to lock it in a safe. In a storage room. In a secure facility. In another country!
Poo!
Not theirs but cow poo, horse poo, fox poo, badger poo, goose poo. No mater where they are they will find some and do two things, eat it or roll in it. Eating it is bad as both their breath and behinds will stink. Rolling in it means they get to share the joy of the stink. You will smell of it, your car will smell of it, your house will smell of it and will do so until you have had the battle royal of bathing them. Once clean they will go do it again.
Herding pigs.
Get used to it, it’s like being haunted, they follow you everywhere, the shower, the toilet, your bed, everywhere. When you need to do something and want them out of the way you have to herd them away. As soon as you turn around they are behind you, you consider getting a collie to move them around.
So you still want an English bull terrier?
My advice?
Hell yeah, it will be the best thing you ever do

I Opened A Book

I opened a book and in I strode
Now nobody can find me.
I’ve left my chair, my house, my road,
My town and my world behind me.
I’m wearing the cloak, I’ve slipped on the ring,
I’ve swallowed the magic potion.
I’ve fought with a dragon, dined with a king
And dived in a bottomless ocean.
I opened a book and made some friends.
I shared their tears and laughter
And followed their road with its bumps and bends
To the happily ever after.
I finished my book and out I came.
The cloak can no longer hide me.
My chair and my house are just the same,
But I have a book inside me.
Julia Donaldson
Art https://freefallofafeather.deviantart.com/

According to legend, the Glastonbury Tor is the The Isle of Avalon, burial site of King Arthur

Glastonbury Tor is a conical hill in Glastonbury, England, which is topped by a 14th-century roofless St Michael’s Tower. One of the most famous landmarks in Somerset, it is known as one of the most spiritual sites in the country.
Excavations on the Tor have revealed some Neolithic flint tools and Roman artifacts, indicating use since ancient times. The terracing on the side of the hill, if man-made, may also date from the Neolithic era.
The first monastic Church of St. Michael that stood on Glastonbury Tor was probably destroyed in the major earthquake of 1275. The church was rebuilt in the 14th century, and only the tower still stands today.

Its pagan beliefs are still very much celebrated. Rich in legend and mythological associations, Glastonbury Tor may have been a place of ancient ritual, and it was certainly a place of pilgrimage for Catholics in medieval times. Since at least the 12th century the Glastonbury area was frequently associated with the legend of King Arthur, a connection promoted by medieval monks who asserted that Glastonbury was Avalon.
Posted by LisaH at 12:03 No comments: